It all began with six words in black ink. This is what I wrote in 2018…

I wrote a feature article on the Olympic Human Rights Salute for a national publication.

I co-wrote a Good Friday article for The Guardian; Who will we crucify this Easter? The article was co-written with friend and advocate Brad Chilcott.

Chadwick and I were interviewed by Geek Society, and exhibited our books at Supanova Melbourne, presenting on a panel on the Sunday afternoon. 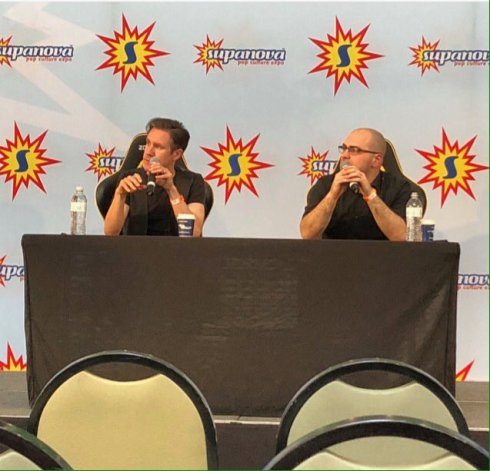 I wrote a feature article on adolescent isolation and the loneliness of growing up.

I presented at the Perth Comics Art Festival symposium in late June, and ran a writing workshop on the Market Day. 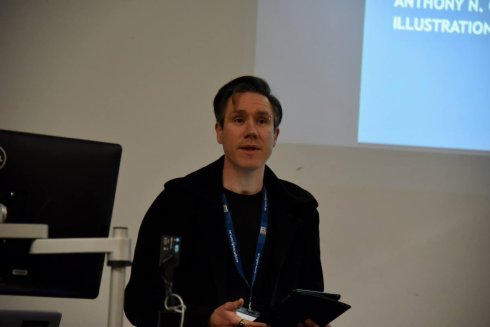 I wrote a feature article on at-risk young people and how not to respond to marginalised teens; Build Safe Spaces, not Prisons.

I wrote a personal essay for The Lifted Brow online; The Rule of the Father.

I wrote about the recent religious freedoms debacle on Medium.

Not long into the year I was reflecting on my writing as I flew over the Pacific Ocean and wrote six words in black ink; find yourself before the night ends.

That mantra drove me to rise at 4:45 each morning, make a cup of coffee, and then write, pen on paper, at the dining room table until my son woke. This is how the writing of 2018 was done, rising to discover the type of writer I could be before the day had even begun.

This routine enabled me to prioritise my writing over the day’s static and in the process I landed three feature articles for a print magazine, an op-ed for a news outlet, and a significant personal essay for a literary journal. I successfully pitched a short story, wrote it, and then successfully pitched a book, all from drafting done in the dark, (the short story will be announced soon and the book is still nought but an idea).

I was sick in 2018, unwell for 10 weeks of winter, but this was the year I was paid to write for a newspaper, paid to write for a comic book, and then flown out to a country town to talk about it all at a writing workshop. I wandered around the book districts of Tokyo. I did two events interstate, including PCAF, which was the single best comics festival I’ve done. I spent time talking with some fine writers and artists.

I continue to work full-time from home as a copywriter and I have little spare time these days, (even this post has gone up a day into the new year). My next deadline is in four days and my timelines for the entire year are already coming together, so I’m heading to bed.

I have an early start tomorrow and there are six words on my mind.